5 Serious Considerations Before Implementing Tablets At Your School

Tablets seem to be the new buzz in technology; the word on many lips. But does this mean your school should go out immediately to purchase a whole bunch of them? Here's one train of thought to consider.

Chris Smit is a teacher at Laerskool Willem Postma in Bloemfontein, South Africa. 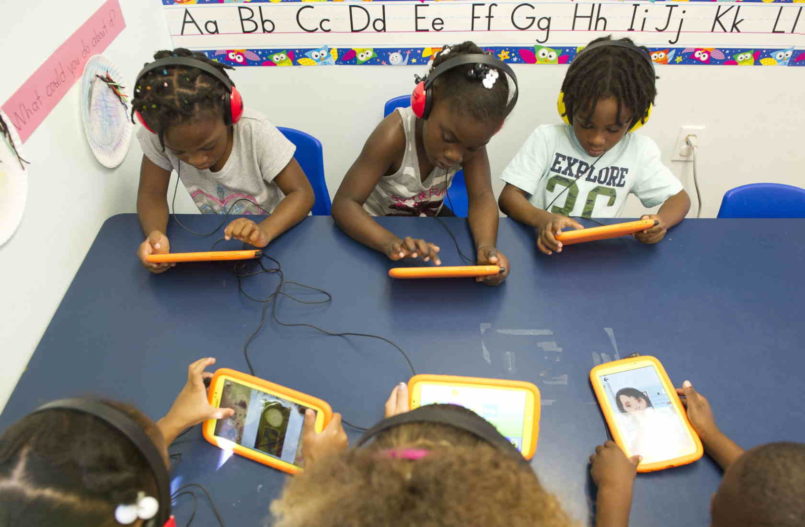 Tablets seem to be the new buzz in technology; the word on many lips. From corporate users, educationalists down to the man in the street. With all the buzz going on around the implementations of tablets in schools, one questions begs to be answered: Are schools (and learners) ready to take on tablets? Have they done their homework? Have they weighted and balanced all issues around the implementation of tablets?

Although tablets definitely have its benefits, the opposite is true as well . The following pointers try only to put some perspective onto the issue of tablets. Through this I want schools to see the bigger picture of introducing tablets in their schools. To be prepared for that extras that is most of the time not obvious and what is definitely not mentioned by most vendors.

At an average cost of R2200+ (non branded tabs) to R5500+ (for brand names) it could rob a parent of quite some hard earned money from their pockets. That is for a ‘clean slate’. Add on top of that the costs per textbook – unknown so far, but a good estimate will be in the region of R40 per book per subject per child (per year).

Data bundles and or wifi access points for server access to assignments and other material and  internet sites. A dedicated WiFi network will become mandatory for a school in order to coup with the excessive amount of data travelling through the school’s network system.

Tablets are destructible, particularly in the hands of kids it will at some stage be dropped or bumped in a book case. Even adults drop theirs. What will the replacement time for tablets be in a constant use environment?

To what extend will the battery keep powering the device when used for nearly 7 hours of constant use? Current devices will not be able to be powered for that long before a recharge will be inevitable. What about charging docks in the classroom?  Extra expenditure for charging docks? (alternatively a crow’s nest of tangled wires throughout a classroom.)

Eye strain will be one of the biggest health issues. After about 30-40 minutes of constant reading and or working on a computer screen / tablet screen, the human eyes become quite strained and tired and more frequent rests will be needed. Typing, in contrast to normal handwriting will also eventually have a negative impact on the hands and wrists. Working on a flat lying device looking down for prolonged periods of time, will also demands its  toll on the neck and shoulders opposed to a vertical standing device.

Due to tablets communication possibilities, the ethical use of such devices must be pointed out and  enforced with no uncertainty. Users / learners must understand the risks involved, (cyber bullying, racist- sexist- sexually indecent contents making the rounds, cyber security issues).

After careful consideration, research, balancing all facts, factors and odds then only can a school make a decision on the implementation of tablets in schools. A school could also opt for the BYOD (bring your own device) option. It will be more cost effective, but there are still costs that must be brought into account as well as factors involving compatibility issues, filtering of appropriated content, WiFi network (to reap the full benefits of tablets, laptops or smart phones).

After all, it is not a matter of rush in and buy or making such decisions. It is about extreme caution and debate before any decision can be made to the implementation of this technology.

Chris Smit is a teacher at Laerskool Willem Postma in Bloemfontein, South Africa.