You’re a Teacher. Deal with it.

My gripe with teachers is that many of them always seem to view the teaching profession as something that’s gone to the dogs.

Adrian is the CEO of WorksheetCloud.com. He co-founded Learning Lab Apps and Teacher's Monthly. 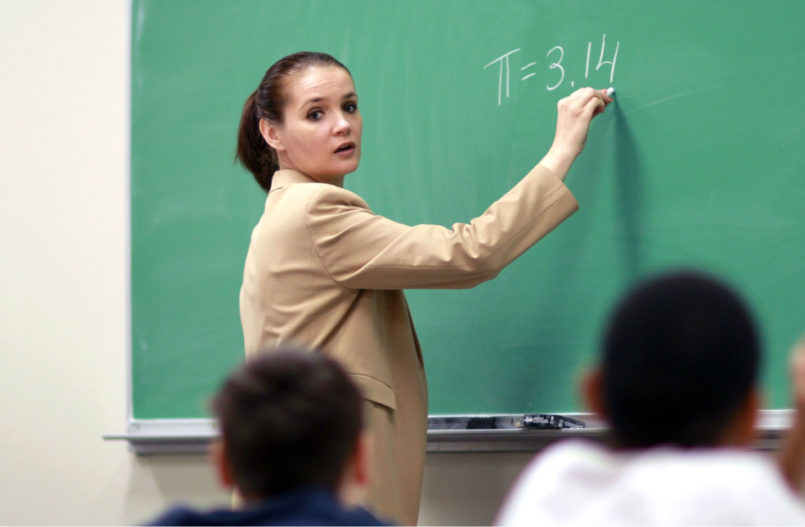 I suppose I’m generalising here, because even in the work place (i.e. business) there are people who absolutely despise their jobs to the point of rather wanting to work on a kibbutz or log pine trees somewhere in remote Siberia while drinking vodka and singing the “Volga Boatmen’s Song”.

My point, however, is that teaching should first and foremost never be seen as just a job. If there are teachers who teach merely for the pay slip every month, then I sure as anything want to keep my own child far, far away from them.

I was recently invited to speak at the parent teacher evening of *Habibia Primary School in Cape Town. The event itself was hosted at Alexander Sinton High School as Habibia do not yet have their own hall. During the various talks given by many of the teachers, I was surprised, no, shocked, to hear of the challenges that their teachers face daily in terms of the learners (for the benefit of our international visitors, the students).

From general laziness and incorrect uniforms to offensive language and adult material on cellphones, I simply sat there thinking “Wow, times have changed since I was last in school”.

But, have times really changed all that much? Are learners far worse now than they were 20 years ago?

I’d like to say that things were much better when I was in school, but reflecting back on those days, I was reminded that there is certainly no new sin under the sun.

There was general laziness, there was always uniform and hair-style issues, there was certainly offensive language and very often alcohol and drug problems too. Not that I was involved in any of those, barring general laziness and the occasional detention for styling my hair with gel (wax was not the ‘in thing’ during my high school years). At the end of the day though, discipline has always been a problem since Adam and Eve first bit into that apple.

So the question begs, have times changed? Are learners worse? Do they give teachers more reason to go on stress-related leave and be out of the classroom so frequently?

My father, ex Head of Science at Fairmont High School, once told me that never in 20 years of teaching did he send a child out of the class during a lesson, nor refer the child to anyone else for discipline. He always handled everything ‘in-house’ so to speak. Granted, those were the days when corporal punishment was still allowed, but I doubt very much that he metered out many beatings.

He told me: “Adrian, the trick to getting those kids to respect you is by using subtle techniques that show them you’re very much in control of the situation. Never, ever lose your composure in your classroom. Own your classroom, and let them know that when they walk through that door, they’re walking onto your property and into your domain.”

This is not achieved by screaming and shouting, nor by dishing out wholesale punishment in my opinion. The trick is to set the tone from the very first lesson onwards.

When I was in grade 8, I had a teacher, Mr Titus, who set the tone very well during our first history class. He told us upfront that he was not there to be our friend. He was there to be our teacher. He laid out the rules for his classroom, and also detailed the consequences of not adhering to his rules. He applied the “do not smile for the first 4 months” philosophy and needless to say, we experienced quality teaching in his class with few discipline-related disruptions.

So, my advice to teachers is this:

You might ‘only’ be a teacher, but by being a teacher you can shape the future. If you cannot see the truth behind this, then in the words of Danny in Hot Fuzz: “Jog on!”.

Adrian is the CEO of WorksheetCloud.com. He co-founded Learning Lab Apps and Teacher's Monthly.